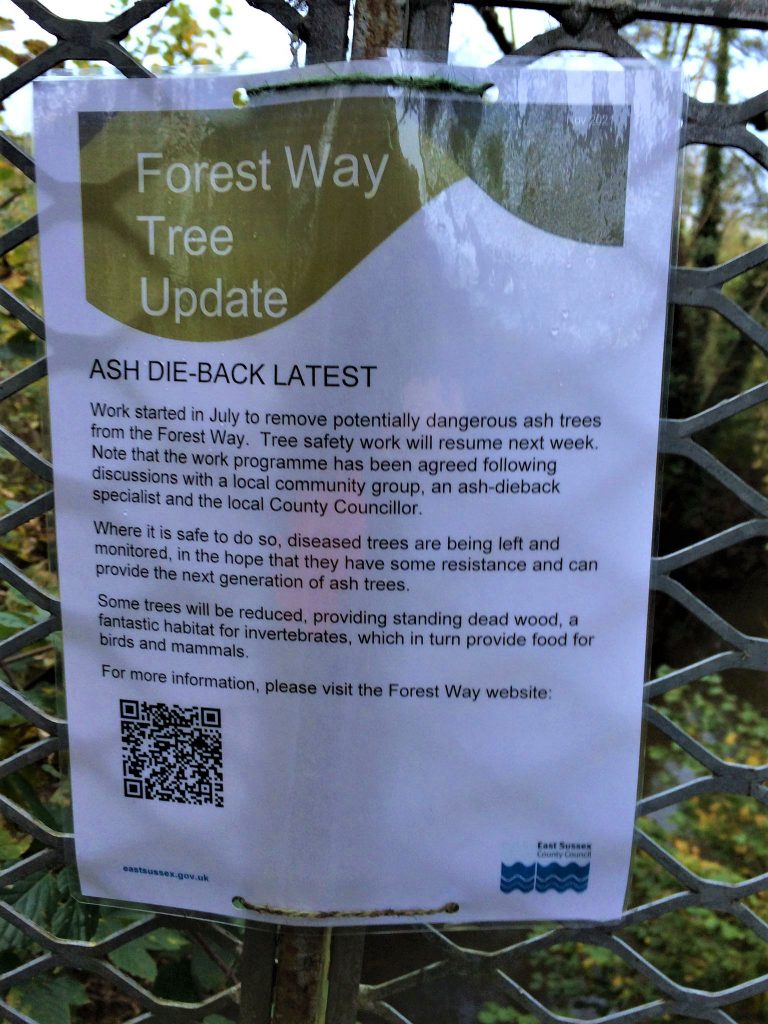 Contractors felling Ash trees on the Forest Way will now leave those trees that are safe after a review inspired by our intervention.

East Sussex County Council has changed course on the felling of Ash trees along the Forest Way after widespread local objections.

Green Party Councillor Georgia Taylor responded to local concerns by raising the issue with East Sussex County Council’s rights of way and countryside team, which had contracted the work.

The team were provided with evidence that some ash trees survive Ash dieback and go on to seed future trees that are resistant to the disease.

Ffion Thomas, the Green Party’s delegate for the Conservators of Ashdown Forest, is researching Ash dieback at the University of Coventry and met the council team on the Forest Way to review the approach.

As a result, the Council has amended the policy and will now only cut trees that are potentially dangerous rather than felling all the Ash trees.

Ash dieback is caused by a fungus called hymenoscyphus fraxineus, which weakens the tree making them more susceptible to dropping limbs or rotting at the base.

Diseased trees that are safe will now be left and monitored. It is hoped some will develop resistance and provide the next generation of ash trees.

The work will now resume on the Forest Way. The council statement says:

"Some trees are being reduced. This will provide standing dead wood, a fantastic habitat for invertebrates. This will in turn provide food for birds and mammals."

"Where it is safe to do so, diseased trees are being left and monitored. We hope that they have some resistance and can provide the next generation of ash trees."

"The open rides created by clearing trees will in due course recover. More light loving species will fill the gaps, and ultimately the next generation of trees. Lighter, open areas have larger invertebrate populations. This will help to increase the overall biodiversity."