Our Fire Service saves lives. Already stretched, East Sussex Fire & Rescue Service plans to cut it further, putting lives, property and businesses at risk across East Sussex. If the cuts go through, we will have so few appliances that they could easily all be used on one major event, leaving a huge part of the county with no cover at all. Why? That's not clear from their slick consultation document, pushed through under the radar in the midst of the pandemic. Local people are outraged, as are we.

Find out more below, and take URGENT ACTION!

The public consultation ends on 19 June 2020 and very few people are even aware of it. There is still time to stop these cuts, and it's vital that we do.

We were contacted by a Firefighter from Newhaven, who says the proposed cuts are 'very serious':

The consultation makes this seem like nothing: they plan to cut second appliances on every day-crewed station, saying they are not used enough. BUT these appliances aren't idle. They are moved to provide stand-by cover when primary pumps are at larger jobs.

These second appliances were vital for tackling the fires on Ashown Forest on the weekend of 16-17 May because all the pumps from Brighton and the surrounding area were attending a basement fire where people's lives were at risk.

In future, if the day-crewed stations had no second appliance and all primary pumps were at a major incident, this would mean, says the fire fighter, 'no fire appliance cover for a population of more than 300,000 people across an area of more than 200 square miles,' between Barcombe, Uckfield, Seaford and Shoreham. 'This,' they say, 'would be negligent.'

Again, the consultation glides over this. The plan is for stations with day crews - who are there, on site, ready to respond - to instead use only on-call firefighters after 5pm during the week and at weekends.

The consultation itself says, 'it would mean we may take slightly longer to attend during the hours after 5pm during the week and at the weekend.'

But these are dangerous times of the day, when people are asleep in their beds, or driving late. Swift response times are vital.

There are ALPs in Eastbourne, Hastings and Brighton. Each has its own crew, and they are vital when fire breaks out in tall buildings.

The cuts would mean that only Brighton would have an ALP with its own crew. So if a fire breaks out in or around Hastings or Eastbourne, the only way their ALP can attend is for a crew out on another call to return, abandoning that incident, in order to crew the ALP. This wastes valuable time, and reduces the overall cover the service can give.

Fire crews work on a shift pattern that is set up well ahead so that families can plan, provide care for children, book time off. It means that the service can ensure cover at all times.

The consultation proposes flexible rostering so that no one will know what shifts they are doing more than six weeks ahead. This will add considerably to the stress of an already stressful job, and make it incredibly difficult to - for example - arrange childcare.

The Fire Service already struggles to recruit, and this will certainly make it much harder to attract firefighters who have any family responsibilities.

We don't need to save costs

The Fire Suthority recently received about £750,000 additional funding. Central government has not asked it to make savings. We don't need to put lives, homes and business at risk!

Here's what you can do

Write to Councillor Roy Galley, Head of the Fire Authority at cllr.roy.galley@eastsussex.gov.uk 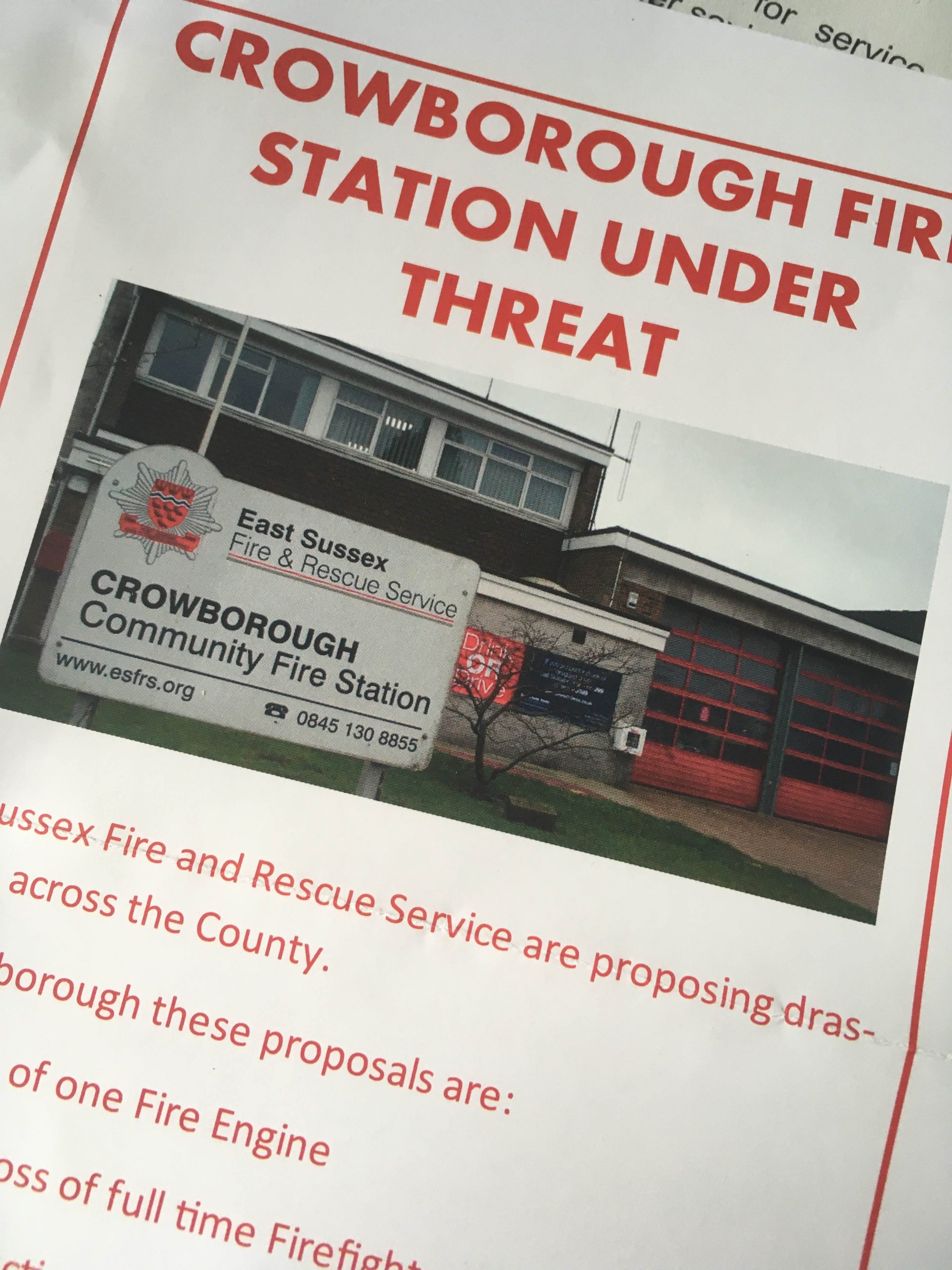