Gardening for the Planet – a thriving event

More than 90 people shunned a sunny Saturday afternoon to learn how they could take simple steps to boost biodiversity in their own communities at ‘Gardening for the Planet’, a free event organised by Wealden Green Party at Uckfield Civic Centre on 26th March.

Professor Dave Goulson of Sussex University spoke about the planet’s diverse and surprising insect life, the vital role insects play in many econ-systems and the terrifying collapse that is happening in many insect populations.

Dave Gouslon is the author of books including Silent Earth: Averting the Insect Apocalypse and The Garden Jungle. He quoted eminent biologist and naturalist E.O. Wilson: “If all mankind were to disappear, the world would regenerate back to the rich state of equilibrium that existed ten thousand years ago. If insects were to vanish, the environment would collapse into chaos.”

Dave Goulson said he didn’t want to make people feel like the situation was hopeless – and he set out a number of things that people can do in their own gardens and communities to boost insect populations.

These included: promoting wildlife-friendly gardening; turning cities, towns and villages into a network of insect reserves; banning the sale and use of pesticides known to impact insect populations; and changes to farming practices through reducing use of chemical pesticides and fertilisers, and approaches such as agroforestry, permaculture, biodynamic farming and organic farming.

The event included an hour of mini-workshops led by experts and entusiasts. There topics were all important to the event’s theme of promoting biodiversity in gardens, villages and towns: the power of no-dig gardening and the results you can get, maintaining ponds to encourage plants and animals, strategies for ensuring verges and common ground are left to go wild, approaches to best results from composting, caring for woodland, and the benefits of dead-hedging.

Ecologist, environmental educator and wildlife guide Tom Forward was another of the speakers at the event. His presentation focused on a project that has grown out of the efforts to rewild the Knepp Estate, where he is a safari guide. Called Weald to Waves, the project aims to join up patches of rewilded and biodiverse land to form a wildlife corridor that runs from the Ashdown Forest west and south to the sea near Worthing.

Tom Forward showed and described the transformation that had taken place at the 3,500 acre Knepp estate since farming ceased and ‘management’ of the landscape was turned over to nature, and shaped by the larger animals that now roamed freely there: long horn cattle, fallow deer, pigs and wild ponies. One impact was the return of bird species such as cuckoos and nightingales – and as of last year there were 40 male nightingales singing at Knepp.

The Green Party’s Keith Obbard, District Councillor for Withyham and a member of the High Weald Bee Keepers’ Association gave a lively demonstration of the kit a prospective home bee keeper needs to keep bee colonies healthy and productive – and he shared key lessons and tips learned from many years of keeping bees. He suggested people buy a credible guidebook to bee keeping -- such as 'Keeping Bees' by Pam Gregory and Claire Waring, published by Flame Tree Publishing. He also recommended people and to join their local bee keeping club, such as the High Weald Beekeepers Association. 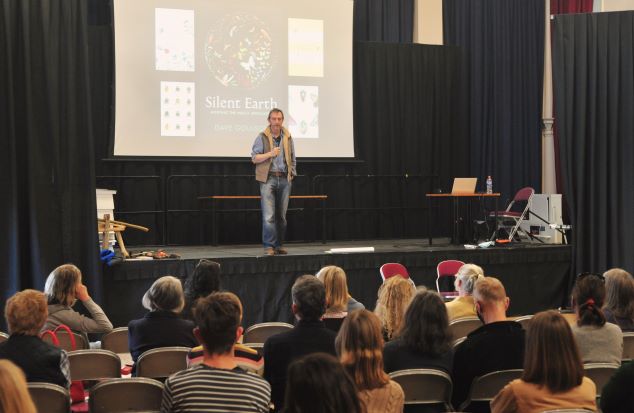 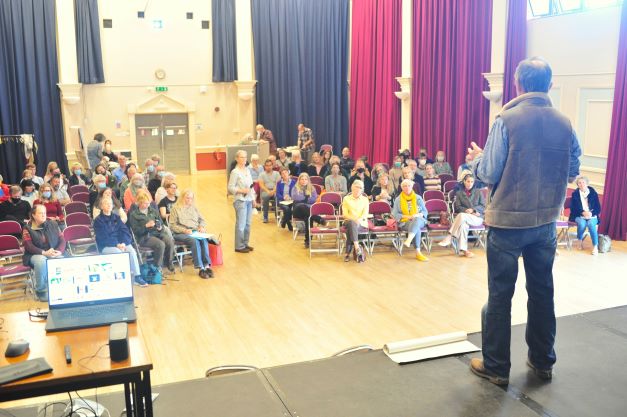 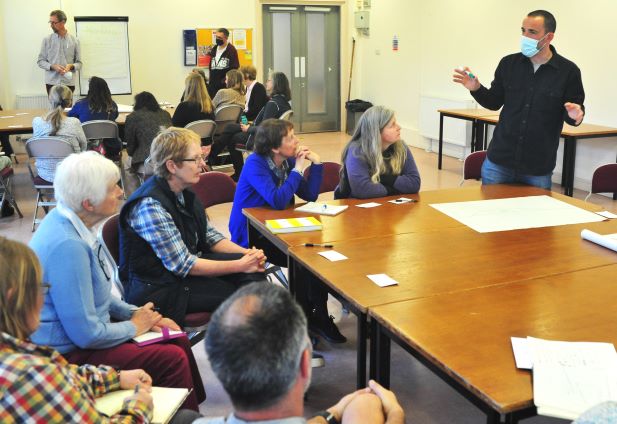 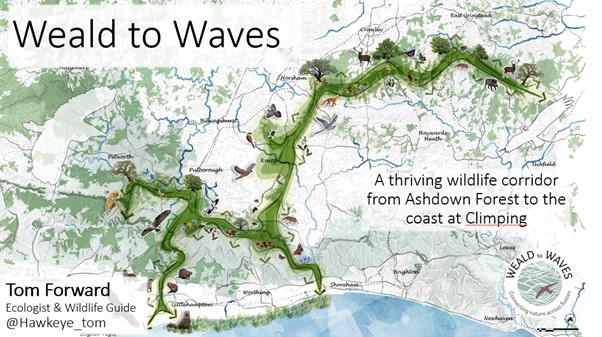 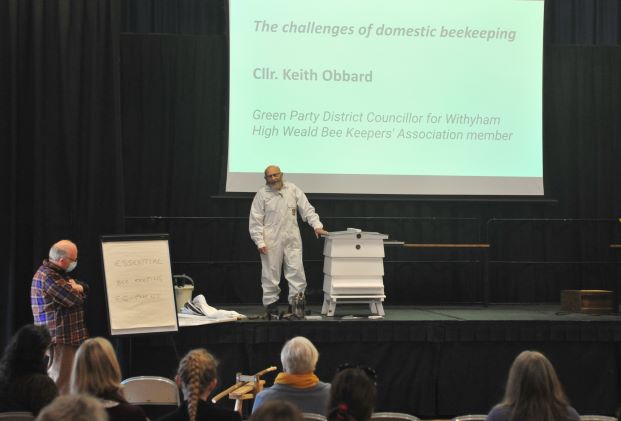